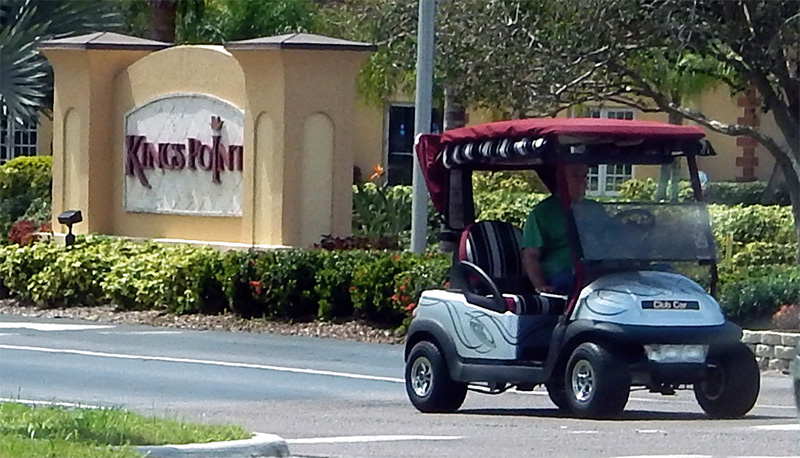 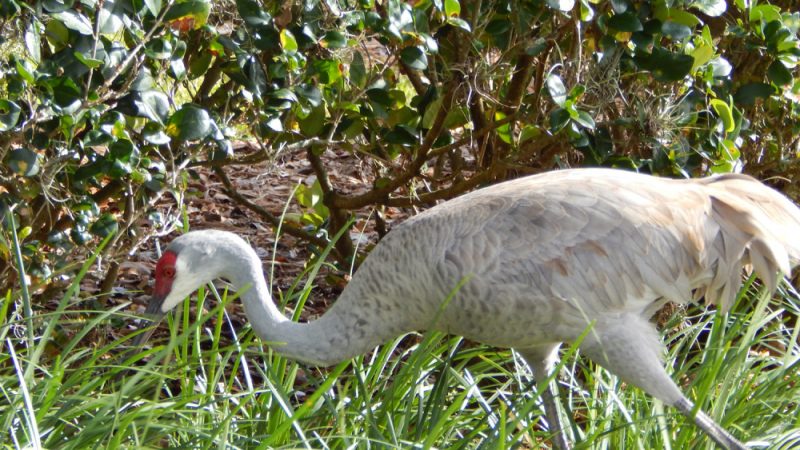 Sandhill Cranes are practically crippled when walking on roads since that can’t get any traction due to their leg and feet anatomy that favors softer grounds.

It is a beautiful site to see these four-foot tall birds in our neighborhood, but please remember to slow down when you come up to them while driving since they are virtually disabled when walking on concrete and asphalt roads.

Along with golf carts, bicyclists can lawfully share the roads in Sun City Center and have all the rights as automobiles do as well.

Cars have been known to slow down as a kind gesture when passing bikes on the road, a welcomed behavior that is appreciated by the bicycle community in Sun City Center.

Kindness is always the best policy when sharing the road with others, especially when it comes to residents on bicycles that are less protected.

The Sun City Center Weavers Guild was at the Fun Fest 2014 to promote the art of weaving and to sell some some items as well.

Membership is open to all Community Association (CA) members. Dues are $10 each year and there is a one-time donation of $35 required that goes to maintaining club looms and other equipment.

Classes are given for beginners to learn basic fundamentals and there are monitors Monday through Wednesday, 9:00 a.m. to noon who can help you and answer any questions that you may have.

Meetings are on the 2nd Wednesday of each month at 10:30 a.m. in the Sandpiper Room, September through May. 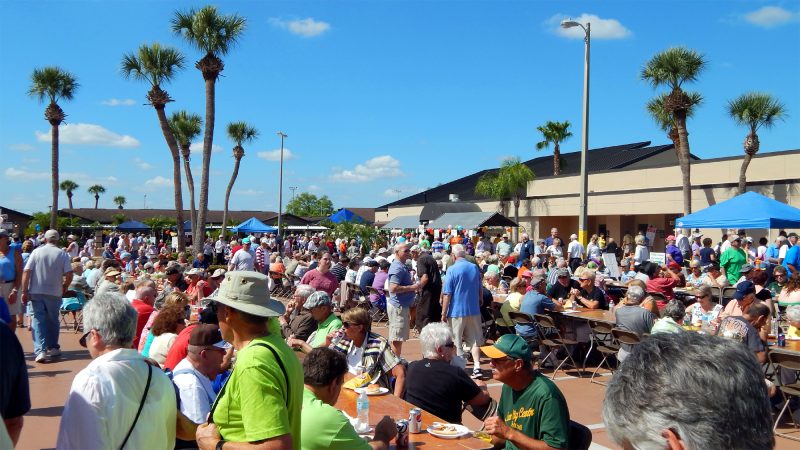 The SUN reported that there were an estimated 6,000 to 7,000 people that attended this year’s Fun Fest 2014 in Sun City Center, FL, accounting more than ¼ of the cities population according to the 2010 U.S Census that counted 19.258 residents at the time.

Line dancing lessons were being taught in the Atrium Dance Studio during Fun Fest last Saturday on March 15, 2014 in Sun City Center, FL.

SUN CITY CENTER – The Potter’s Wheel Club of Sun City Center was  at the Fun Fest 2014 spinning clay pots outside their club room at the SCC Community Association’s main campus.

Like other clubs in the neighborhood, it is  open to all Community Association members and provides classes and expert instruction in hand building, wheel throwing and glazing.

Classes start in the fall and run all the way to spring. Annual dues is only $15 per person.

The art studio had state-of-the-art tools of the trade including four kilns, a slab roller and nine potter’s wheels.

Pots created in the studio are sometimes donated to local charities that include Sun City Center Emergency Squad and Samaritan Services.

There are social gathering and events throughout the year in the studio and at restaurants. They even have pottery-related field trips once in while.

The Elegant Gardeners Club of Sun City Center was at the Fun Fest 2014 displaying beautiful yellow Euryops chrysanthemoides and other plants under its shaded booth.

The the club meets on every second Wednesday, October through May starting at 10:00 AM in Room 3 at the Community Hall on South Pebble Beach Blvd. 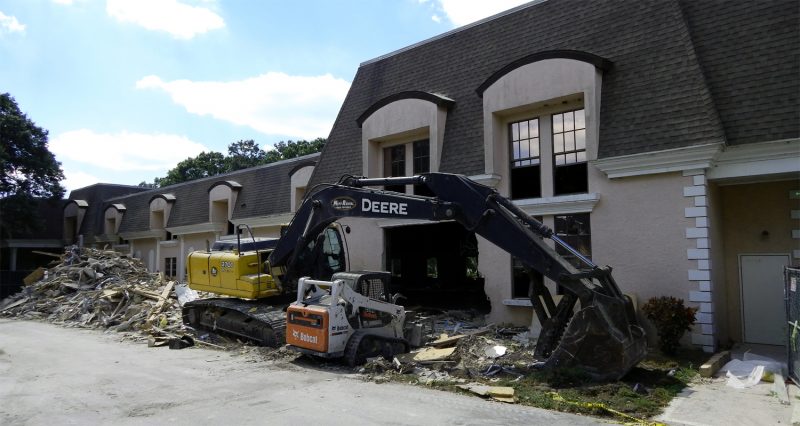 The new fitness center, salon and spa in the 2020 Building in the Kings Point community may open as early as this year.

Below are the speculated layouts of the finished 2020 building that you can see in person at the Kings Point Main Clubhouse inside the main entrance that is located under the Portico.

Once  you walk inside the doors, the display will be on your left side in the corner.